Only $3 for a slice of dance history 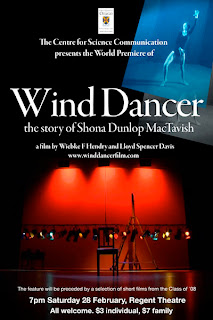 The world premier of Wind Dancer: The Story of Shona Dunlop MacTavish is on at 7pm Saturday 28 Feburary at Dunedin's Regent Theatre. For only $3 including guest speakers Michael Parmenter and Shona Dunlop MacTavish herself, plus short films by students, this is an event not to be missed.
Posted by Jaenine at 4:21 PM No comments: 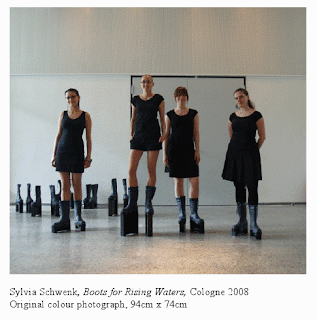 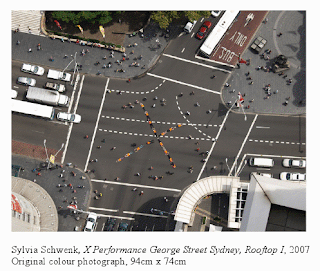 Work by Sudhir Duppati & Sarah Forgan will also be exhibited at the Blue Oyster Gallery from 24 March - 18 April.
Posted by Jaenine at 2:51 PM No comments:

Hello Lamb/ The Perspectives of Elsewhere 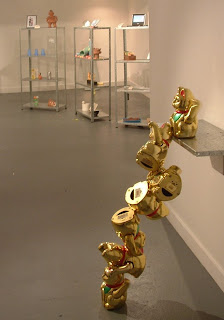 Our 2009 program has begun with a Japanese - New Zealand collaboration The Perspectives of Elsewhere.

The show is a cultural exchange project involving artists from Auckland and Tokyo. Michelle Armistead, former Director of the Blue Oyster, traveled to Japan in 2008 with the New Zealand artists group Hello Lamb who exhibited their Do It Yourself Shelf Museum of Possibilities for the first time in GEISAI Museum 2. The result of this trip is the exhibition The Perspectives of Elsewhere, which was exhibited in Auckland in September last year, involving invited artists from Japan exhibiting alongside Hello Lamb artists. In it's third incarnation the DIY shelf museum has diversified, grown and in some cases spread off the shelf into other regions of the gallery.

The group's name Hello Lamb is a merger of the iconic Japanese phenomena Hello Kitty, and New Zealand's cultural tourism trademark - the sheep. This combination represents a meeting point and engagement between both cultures. It is this cross cultural communication and translation, which the artists involved are interested in exploring.

The exhibition will be on show until 21 February.
Posted by Jaenine at 8:40 PM No comments: